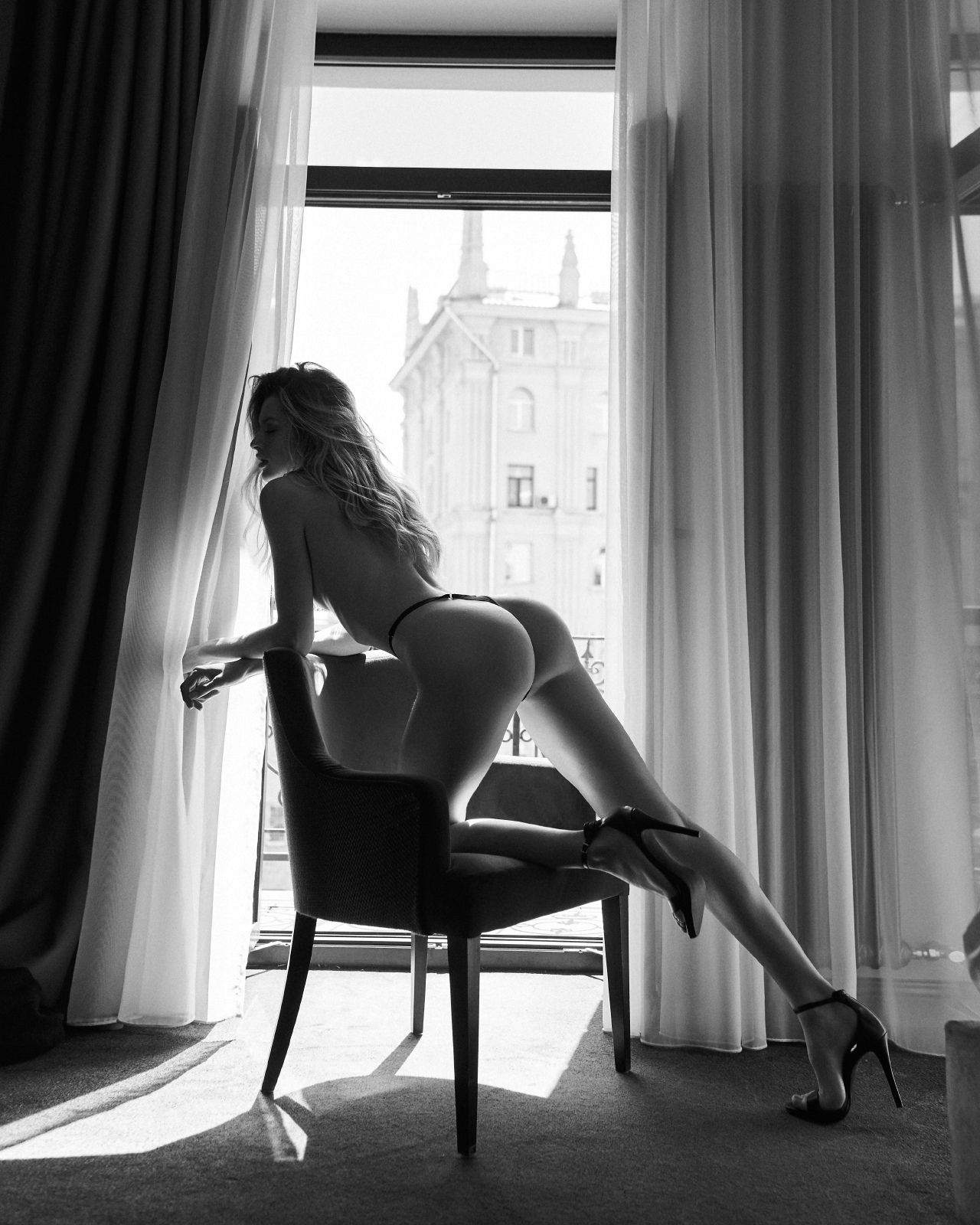 This is a very European feeling shoot of model, Daria Aksenova on a balcony, like this was Verona and she was cast in Romeo and Juliette, only unlike the classic romantic tragedy, we’re the ones who are “dead” from loving everything she has to offer, while she goes on living never knowing any of us exist.

The photographer – Alexander Talyuka captures the moment in Black and White, so it’s artsy, but Daria is pretty amazing looking, so we didn’t need the black and white photo to prove it was a masterpiece, all it took was Daria.

Olga’s Got her Guns Out!

At risk of sounding racist, not that Eastern Europe is necessarily a race, but in a world where everything boils down to race, it could

Pink Wigs and Boas in the Boudoir!

Photographer Galya , who seems to be out of Russia, but who won’t be banned around these parts, because I don’t blame citizens of countries for things that are going on in the media and you probably shouldn’t either, even if it’s easier to have just one catch all VILLIAN to target and cancel. I […]

The post Pink Wigs and Boas in the Boudoir! appeared first on Ego All Stars.

Bebe Rexha Brings Some Heat to Her Vacation!

Bebe Rexha is currently spending some time relaxing on vacation and she made it her business to bring some heat to the trip and stripped down into a sexy one piece swimsuit. The singer shared some photos wearing the strappy suit and showing off her newly acquired tan, and told her fans to “swipe for […]

The post Bebe Rexha Brings Some Heat to Her Vacation! appeared first on Ego All Stars.

Padres collapse in loss to Diamondbacks

Giants get back on track with series-opening win vs. Tigers

Add BarstwoolSports.com to your Homescreen!